For nearly two weeks I was trying to decide whether or not to vote early. 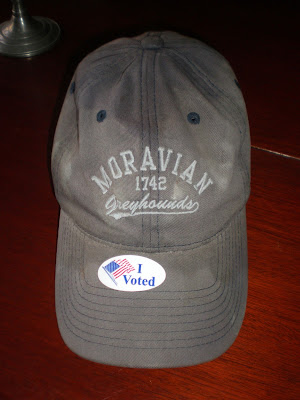 So this year, with projections of high voter turnout, I considered voting early.

But every time I drove by the election office, it seemed there was a long line of voters snaking out the door. I'd heard from people who actually voted early that there were waiting periods of up to 45 minutes, an hour, even two hours, to vote.

So I resigned myself to voting on Election Day. That was fine. I'm a traditionalist anyway and early voting would only take me out of my natural comfort zone. I just resolved in my mind that I was going to go vote around 8 a.m., and if it took two hours or longer to punch my ballot, so be it.

I went to my polling place at the Lutheran Church on State Street. Surprisingly, there was no line out the door. I walked in, got ID'd by poll worker Ginger Briggs, and found myself in a short line of maybe five people, including my friend Cheryl Walser. Within five minutes, I was voting.

And 10 minutes after walking in, I was walking out, mission accomplished.

I later learned that nearly 40 percent of the registered voters in Davidson County had voted early, suggesting that my time waiting in line on Election Day would actually be brief. And so it was.

I actually spent more time in line afterwards at the Red Donut Shop (an Election Day treat to myself) this morning waiting to get my apple fritter than it took me to vote.

I also got my "I voted" sticker that I applied to the bill of my sweat-stained baseball cap, reminding me — and others — of just how American I am today.

I have to tell you, it's a pretty good feeling.