A tree grows in Blowing Rock

About a week before our annual three-day getaway to Blowing Rock, I heard this distressing news from one of my friends:

They cut down the trees in the town's Memorial Park.

That was the sound of the vacuum sucking the air out of my lungs.

But, sadly, the news was real. When we pulled into Blowing Rock late Friday afternoon, there they weren't – a total of 12 fully mature red maples had been chopped down because of some kind of internal rot or blight (see here.)

In their place were young black gum trees, a species said to be resistant to the disease that felled the maples. It'll only take about 50 years to get the park to where it once was. If it works, the place will be beautiful, especially in the fall. Black gum trees usually become bright red when the leaves turn, so it should be something to see.

Still, it was a tough sight to absorb.

We talked with a local or two, who said when the diseased trees came down that some year-round residents had a difficult time with it.

I can only imagine, although after reading the stories about the trees, it appears the town is taking the reasonable and responsible path.

First off, I was surprised to learn the maples were less than 100 years old: most had been planted in the 1940s.

Secondly, the disease apparently had been discovered some 25 years ago, so town council had been aware of the problem for decades. Something had to be done. It would not be a good thing for dead tree limbs to fall on tourists licking their Kilwin's ice cream cones.

In many ways, Memorial Park is your prototypical small-town green space: there's a gazebo, tennis courts, basketball courts, strolling paths and a playground, not to mention crisp mountain air. You halfway expect Prof. Harold Hill to show up with up 76 trombones and a barber shop quartet for the town social.

There's also Art in the Park, which is why we were there to begin with. Kim and I usually do this in August to escape the heat of the Piedmont for temperatures that might be at least 10 degrees cooler.

This year, we seemed to get caught in a series of annoying pop-up rain showers. But that was OK, too. Because on Saturday evening, there was this: 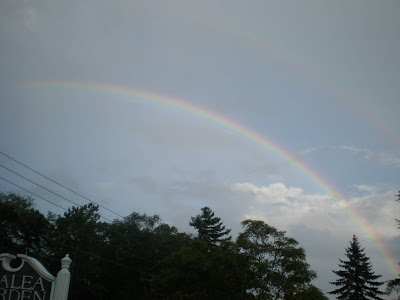 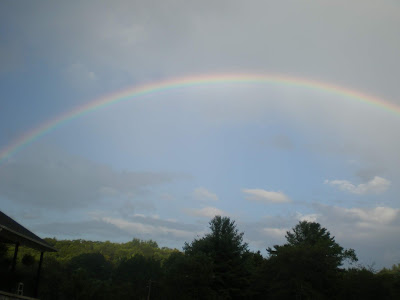